The Groove Music service is being discontinued, here’s the blog post from Microsoft covering the details.

A small home project I’ve been working on recently is trying to consolidate all my personal music files along with deciding on a streaming service. Up until now I’ve only had my music files on my main PC and used Spotify along with a monthly subscription for tracks not in my personal library, but I really wanted one place to host my personal collection and also have access to a streaming catalogue. I looked into Microsoft’s Groove music service and discovered that it pretty much solved my problem. 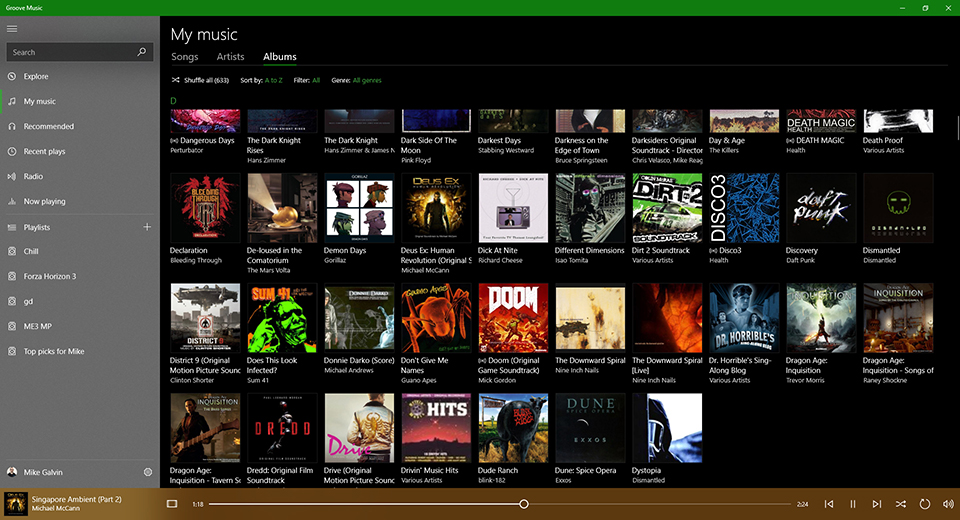 Groove Music has some pretty great features without the music pass subscription, but if you do pay for the Groove Music Pass you’ll gain the following benefits:

It’s worth mentioning that here in the UK right now, if you want to trial Groove Music Pass you can get 3 additional months, making it a 4 month trial in total. For me, a big benefit is having my personal music collection available anywhere by storing my music in OneDrive, as well as the Spotify-like features of playlists and streaming music that  I don’t own. The ability to play your own music from OneDrive (and therefore anywhere with an internet connection) is free and a Music Pass isn’t required. Of course you have to have the space available in OneDrive for your music, so it’s nice that if you do pay for a Music Pass you get a good amount of extra space available. Moving my music collection to OneDrive was a relatively painless process, but there were a few things that I feel are worth noting. I moved my 70GB approx. ~10,500 files music collection from the local music folder under my user profile on my main PC, to a folder that I created called Music in OneDrive. According to Microsoft’s FAQ page documentation, he folder should be called Music in the root of OneDrive. It took some time to upload fully, but once it was completed, I launched the Groove Music app on my main Windows 10 PC (which I was logged into with my Microsoft Account) and the app scanned my files and detected them as being on OneDrive, rather than local. 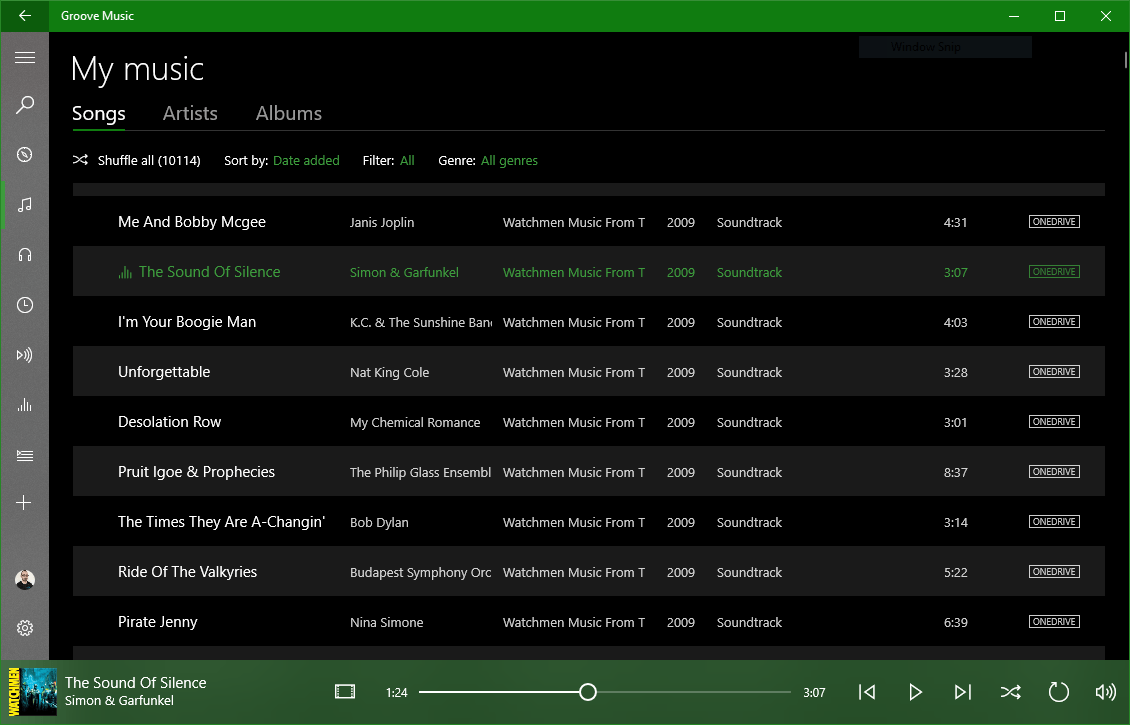 I then launched the Groove Music iOS app for my phone and at first it didn’t show my music. Over the next day or so my music started to appear in the iOS app as well as in Groove Music on another PC signed in with my account. It took around 2 days for it to show everything. My main PC was left on during this time and I noticed that in the Groove Music settings, there’s a option called Sync my music which I did click after the first batch of files had uploaded and I believe these were also the first songs to appear in the iOS app. I had just assumed that when the files where uploaded, they would be instantly available in the iOS app, but alas not in my case. I’m not sure if that’s expected behaviour or whether I was just unlucky. My guess is that the music sync might be a part of a Windows 10 background sync process. Your mileage may vary, but should you do the same as me, eventually you should see all your OneDrive music. 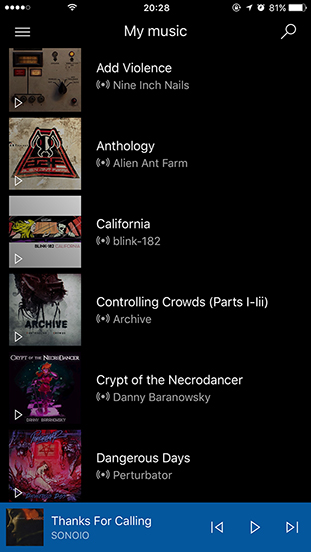 I then downloaded launched the Xbox One app, which is near identical to the Windows 10 app except designed to be controlled with an Xbox controller. Like the iOS app, by this time the Xbox One app saw all my OneDrive music and music I had added from the Music Pass catalogue. I quite like the various versions of the Groove Music apps, I think they all feel right for their platforms. I previously used the Spotify app and felt it was good for the streaming catalogue but browsing and playing local files felt like an after thought - admittedly the focus of the app isn’t to play local music files. The Groove Music apps work well and have a nice looking full screen slideshow view, and on Windows 10 a nice mini-player mode - I would say the only thing that’s missing is WinAmp style visualisers and last I heard they are coming in a future update. With regards to the streaming catalogue itself, for the most part, I think it’s pretty well fleshed out. Most of the obscure stuff I listen to, I own myself, but I have come across an odd omission. Forewarning it’s obscure and I admit I’m nitpicking. Groove Music Pass has the Turrican Soundtrack Anthology, Vol 3. however Spotify has the Turrican Soundtrack Anthology, Vol 1, 2, 3 and 4 (I wasn’t even aware there was a 4!) I’m not sure exactly if this is a regional thing, whether there’s legal issues or contracts that need to be negotiated but I think in this very specific case, Groove’s catalogue could be improved in some areas. Otherwise I’ll probably stick with Groove Music for the foreseeable future. I think at the very least, with a 4 month trial it’s worth a look. 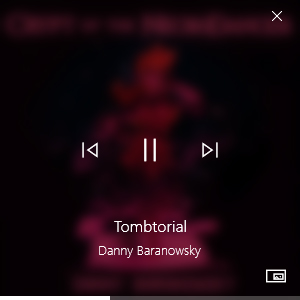 Eventually the text fades away and all you see if the album art and the white progress bar at the bottom. 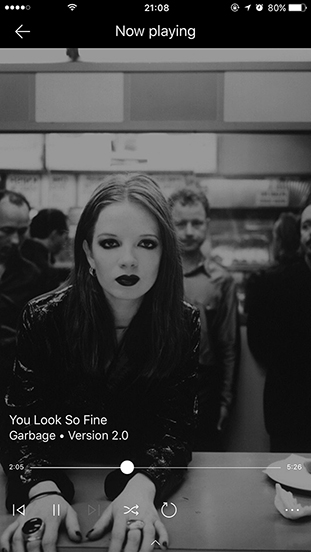 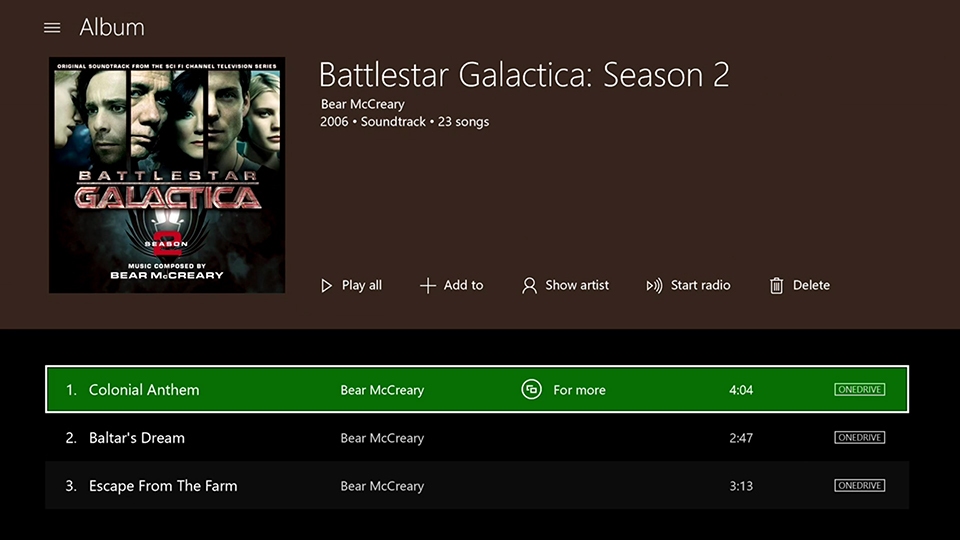 I take great care to test my ideas and make sure my articles are accurate before posting, however mistakes do slip through sometimes. If you’d like to get in touch with me please use the comments, Twitter or my contact form. I hope this article helps you out, please consider supporting my work here. Thank you.