Recently I’ve been doing some research into quantum computing; I wanted to understand its current state in 2019 along with where it could be headed in the next few decades. Let me preface this by saying that I’m not a physicist, although I do have a basic understand of quantum mechanics. I would like to take the opportunity here to thank some friends who’ve advised me during the writing of this article.

Please check their links out here:

I have read a lot of material from D-Wave, Google and IBM as they are all companies that are currently working on the challenges of quantum computing and publishing their work publicly.

In the quantum computing space, today’s current computers are known as classical computers. A quantum computer isn’t a more powerful version of a classical computer, it’s a completely different kind of computer - it functions completely differently. A classical computers' most basic element is a bit, which is always in a state of either a one or a zero. Bits are strung together to compute information, the more bits the more information can be computed. A quantum computers' most basic element is a quantum bit or a qubit. A qubit is not in a state of precise value. It is anywhere and everywhere between one or zero; this is what makes it quantum in nature. This is also known as superposition. Qubits are strung together to compute information just like classical bits, but because qubits can be in many states simultaneously, much more information can be computed. For example, let’s take a modern Intel or AMD 64-bit processor. Each one of those bits can be either a one or a zero. It would take approximately 400 years to cycle through all the possible positions at a rate of 2 billion positions per second. IBM will soon launch a 53-qubit quantum computer, and this will be able to use superposition to be in all possible positions at once. So quantum computing should eventually be able to solve problems that are too complex for classical computers to solve in an acceptable amount of time. Classical computers can operate at room temperature, but quantum computers need to be kept in a specific environment to maintain the quantum state; also known as coherent superposition. Quantum computers need to be isolated from all radiation, light, sound, magnetic fields, vibrations and cryogenically cooled to 5000 Millikelvin, or 5 Kelvin (the colder the better) in order to operate. This is because qubits are extremely fragile and any disturbance cause the qubit to succumb to quantum decoherence. To put that temperature into perspective 20°C/68°F is 293.16 Kelvin and zero Kelvin is absolute zero, which is -273.15°C/-459.67°F.

Most of what you see in the image above is the infrastructure to maintain the environment needed for the qubits to be in superposition. I mentioned earlier that quantum computers are not just ‘better computers’; the reason for that is that classical computers are very good at telling us 4 + 4 = 8, because 4 + 4 does indeed equal 8 and that is absolute. However, the world around us is not absolute, it is quantum in nature. So we require quantum computers to solve quantum problems. An example: let’s say that we want to accurately predict the weather down to the smallest detail for the next week. We could find all the variables, create an algorithm and enter it into a classical computer. The computer might be able to complete the program but it would be 100 years too late simply because it cannot crunch the data any faster.

The Current State of Quantum Computing in 2019 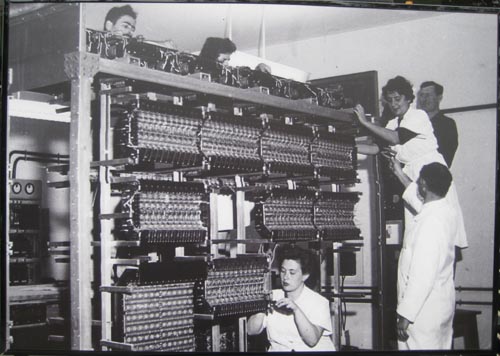 At the time of writing Google, IBM and D-Wave Systems are developing quantum computing technology. IBM have made a web portal allowing the general public access to quantum computers, and are creating abstraction layers to interact with them in ways which are familiar to classical computer programmers. If you’re interested, you can check it out here.

Development of quantum computers is in the early stages still. They are not currently fault tolerant and not powerful enough to be used in a commercially meaningful way. Google has recently claimed to have made a lot of progress in the quantum computing space, however rivals have disputed the claims.

Hopefully in time, quantum computers will enable us to solve problems by processing much more complex data that would take even our current and best supercomputers a long time to process. Here’s a few examples of problems that quantum computing will be able to work on:

All of these examples are decades away at this point. There are still problems that need to be solved. One of these problems is fault tolerance. Classical computers are very reliable - you give it instructions and it reliably follows them. Almost all errors are errors introduced in the code or another abstraction layer, not in the integrated circuit itself. Quantum computers are not that reliable yet. Another problem is storage of quantum information. Quantum computers have a lot of infrastructure to maintain the environment because it’s necessary for it to operate. However, there’s a time limit that the qubits can stay in superposition and store the data. A lot of the problems that need to be solved are very similar to the problems that occurred during the development of classical computers.

A Future With Quantum Computers

In my final paragraph I’d like to briefly explore the hypothetical future, and I maybe allowing my love of science fiction and my imagination to run away with itself, but in any case here’s my thoughts. 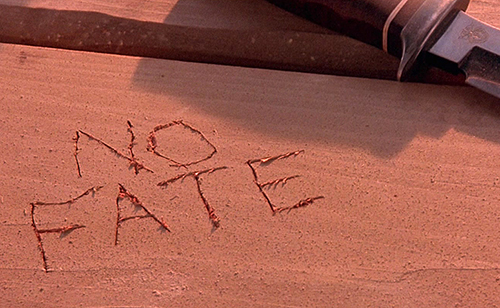 I hope you’ve found this article interesting and thought provoking. If you’d like to contact me, please leave a comment, send me a tweet or DM, or you can join my Discord server. Please consider supporting my work: monthly on patreon, or by buying me a coffee with paypal, or ko-fi.