Windows Client and Server in 2018 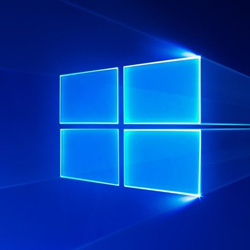 In a couple of weeks the next update to Windows 10 - Redstone 4, 1803, the Spring Creators Update will be released and later this year Redstone 5, 1809 will be come out, all being well. This continues the pace set last year and the semi-annual release cycle that Microsoft have put into place. For those of you who, like me, might be wondering what would happen to Windows Server’s release cycle. Some information on this is available from Microsoft here, below I’ve expanded on the information available.

Up until now Windows Server 2016 has been the most recent version of Windows Server, and it is based on Windows 10 1607. With the release of Windows 10 1709, a new server version was also released called Windows Server, version 1709, however this version is only available as a “Core” server (command line only, no GUI) and is aimed at customers who want to take advantage of the newest features and are moving at a fast pace. It isn’t a beta or unfinished Windows Insider build, it’s released and supported for 18 months, similar to Windows 10. This begins the semi-annual release cycle for Windows Server.