Recently I’ve been looking at my home NAS/media server setup and been wanting to update it. Up until now, I’ve either watched movie and TV show DVD rips locally on my PC or on my Xbox 360/One through the media apps, served via DNLA from my old QNAP NAS. At some point the experience became very slow and clunky, either due to my NAS' DNLA server not being very good or the Xbox One media player app not being very good. Enter Plex. 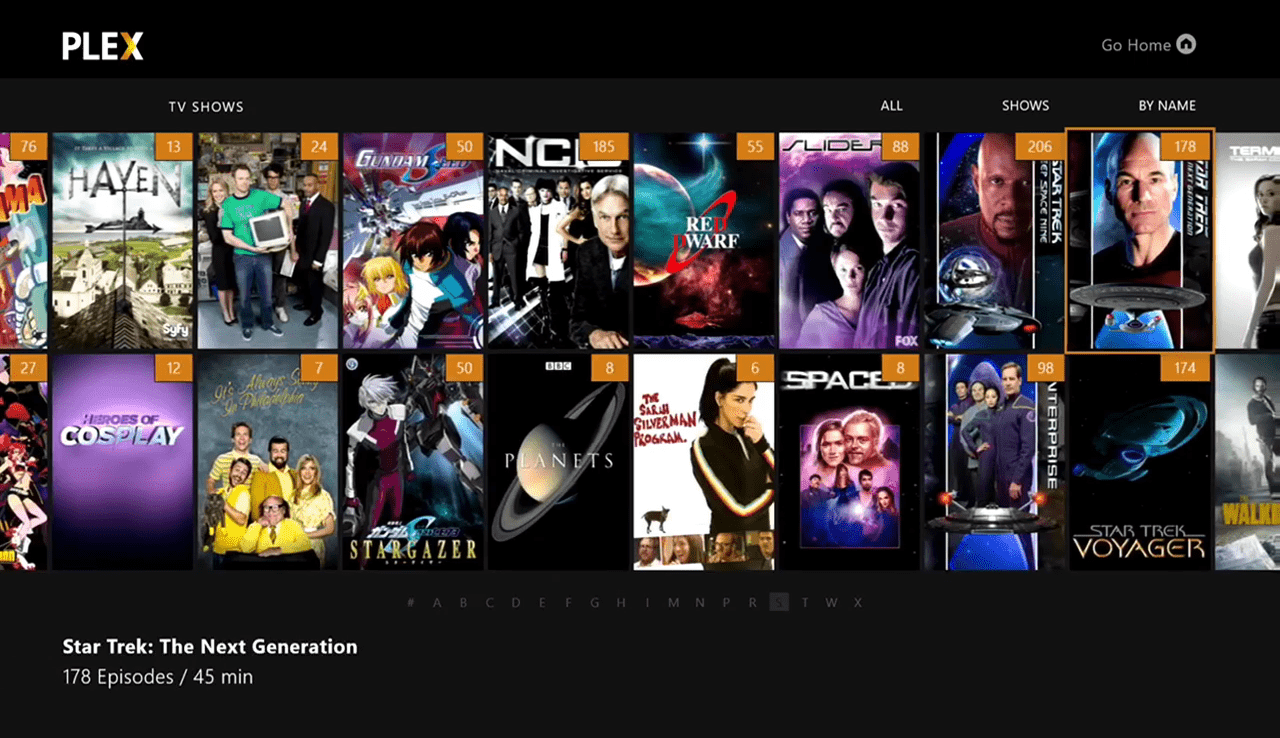 I’d heard a great deal about Plex over the years but never really thought about setting it up. Plex requires a bit more setup than just a DNLA server, which served the raw folder structure from my NAS to my Xbox - simple. Plex, is best when your files are named and structured correctly, luckily mine were for the most part so I didn’t have much work to do, but even if your files aren’t there are apps that can rename them for you automatically, although I haven’t tried them personally. Reddit and the Plex forums are your best friend here. I decided to install the Plex server just on my main PC - it’s always on if I’m home, and I generally use it as a server anyway. I didn’t have many other options, my NAS is powered by a low powered chip and barley any RAM, so I didn’t feel comfortable even trying to install Plex on it, and my other server that I use as a Hyper-V lab, I don’t keep on all the time due to the power consumption. My main PC is quiet, on most of the time anyway, has more than enough RAM, and a decent enough CPU for Plex. It’s not that Plex has incredibly high requirements, it’s depends on what you want it to do. For me serving media to devices on my local network with no transcoding is all I required for the time being, so using my main PC is kind of overkill.

Installing the Plex Server install a application which runs at user login, so it doesn’t run as a service, although if you’re installing it on a real server it can be made to run as a service. Again, Reddit and the Plex forums are you’re best friend here. I don’t currently require this, so I can’t say how easy it is to do.

Once Plex is installed, setting it up is reasonably straight forward. Even with my media files being mostly named correctly I had problem getting my TV shows to be found and the media art added correctly, I solved this by removing the TV Show library and going into Settings and reordering the agents for the Shows so that The Movie Database was ticked and above the TheTVDB agent in both the TheTVDB tab and the The Movie Database tab. From what I gather, it seems to get the art from The Movie Database and the TV show information from TheTVDB. See the screenshots below. 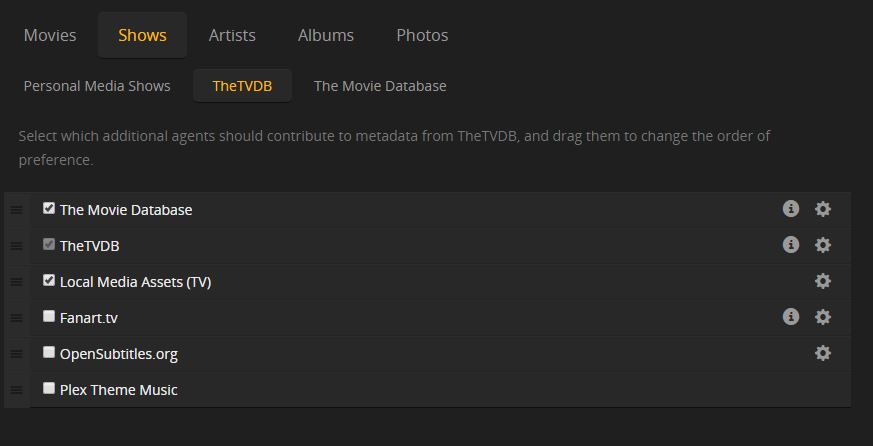 After Plex has indexed all your media, it is now ready to serve it. The beauty of Plex is that it will convert your media on the fly for the device you’re viewing it on. It can also be setup to work over the internet, so you can watch your media on your phone during your lunch break at work or school. You can also watch via a web browser on your home network or via the Plex app which you can install on your home consoles and media players. On the Xbox One, it was as simple as going to the store, searching for Plex and installing it.

There we have it, much prettier and more flexible than a plain DNLA server. 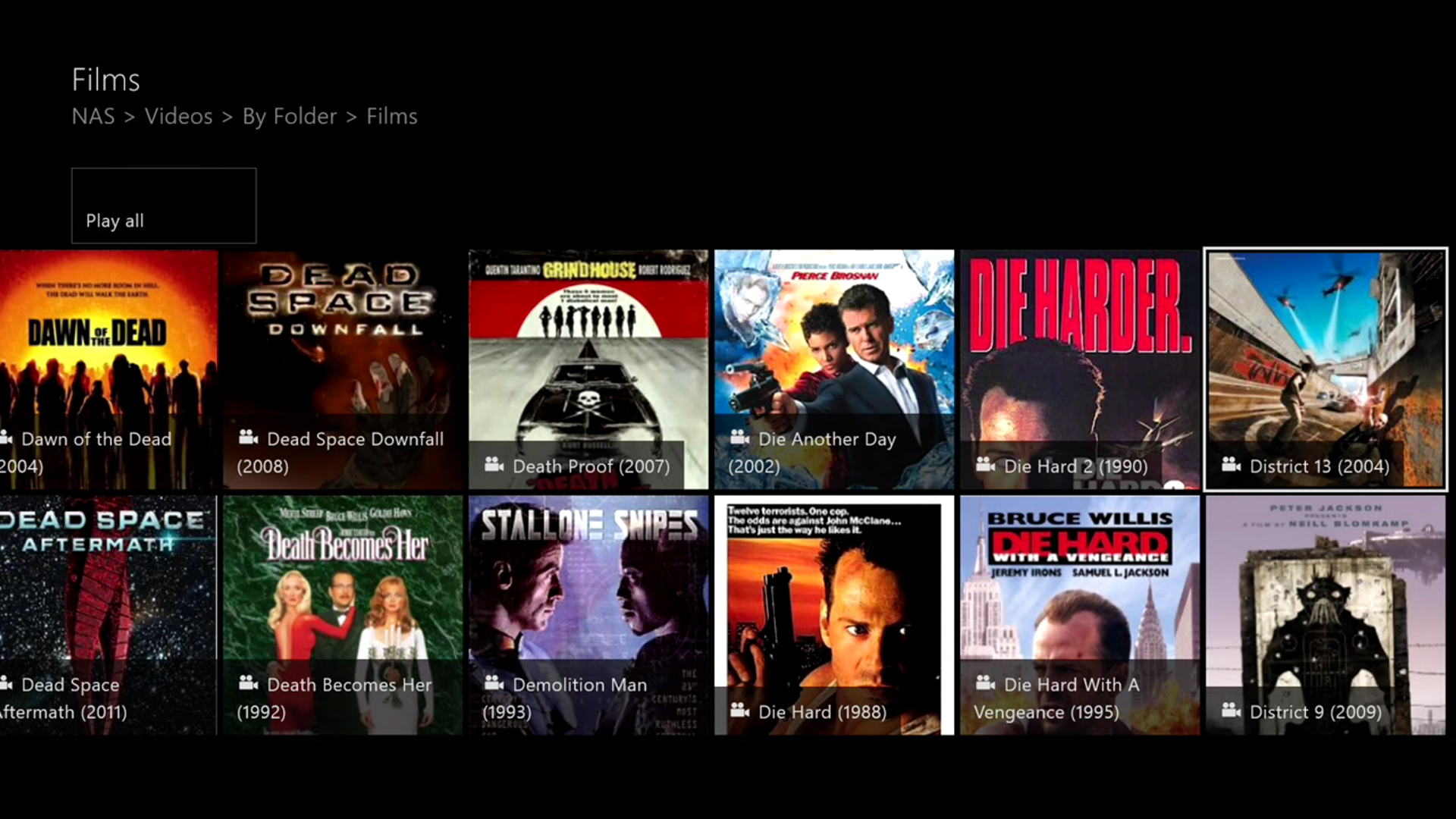 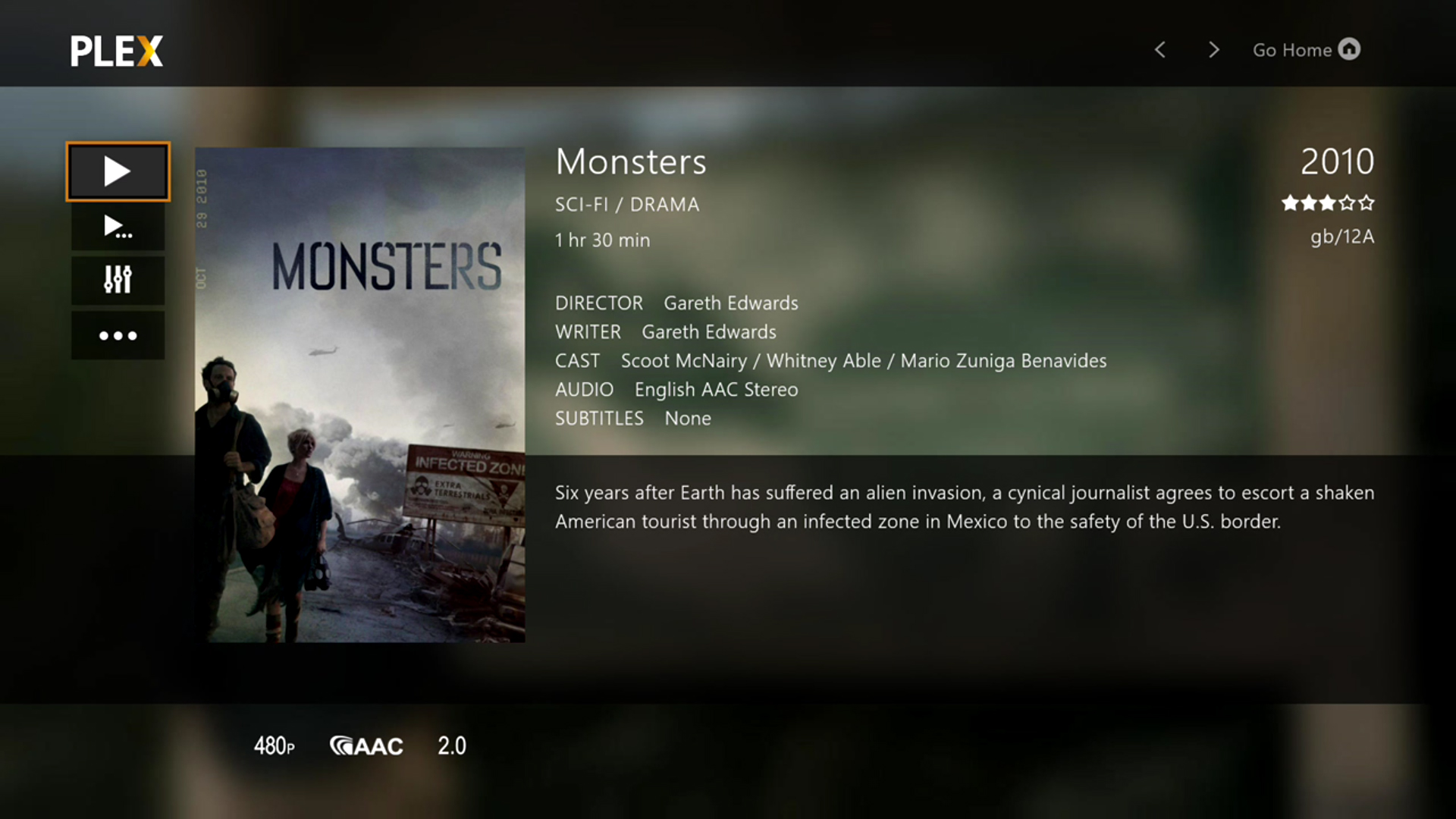